This Christmas Let’s Give to Franklin Graham With One Condition 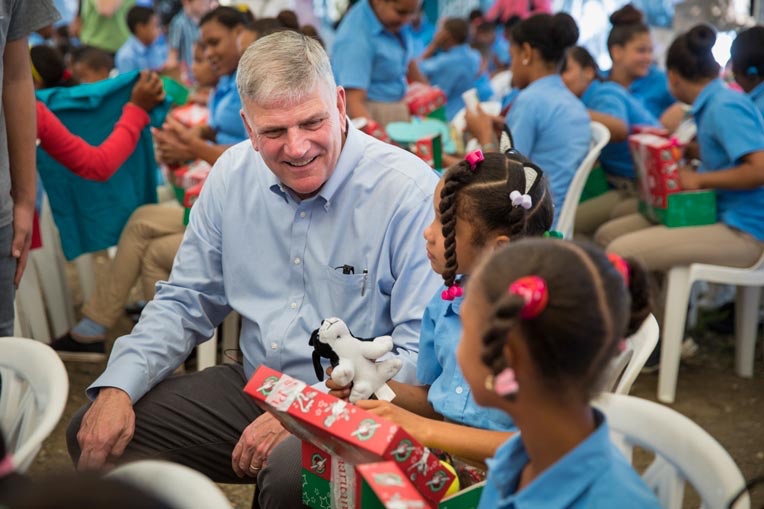 The Christmas season is the season for giving. Numerous charities that you have donated in the past send letters asking you to donate again. There are many worthy organizations out there. For example I donated to the Fairhaven School. A school in Alexandria Egypt that provides an education to students with development disabilities that my church has ties with.

So I know money is limited. But what I am asking you is to donate to a cause that is very near to my heart. As I write in my blogs, I do consider the religious right and their deal with Trump akin to a pact with the devil. Trump is everything that Jesus Christ is not and supporting him is blaspheming the name of God in the eyes of non believers.

I don’t believe that all the religious right are lost permanently. I believe some have just lost their way and gently need to be brought back to the light. Franklin Graham couldn’t be all lost, he does great work with Samaritans’ Purse. I believe that fear and anger have lead him astray and I believe that we can help bring him back into the path of Righteousness. Imagine if Franklin Graham spoke up against or withdrew his support from Donald Trump. The man who Time and Newsmax named the most influential evangelical leader in world. If he would speak out it would be a miracle that would go a long way.

That is why we have to be cunning as serpents and as innocent as doves. I suggest that we donate money to the Billy Graham Foundation on condition that their leader rebuke or withdrawal their support for Trump. And if he does not do so, we will demand a full return of our donation.

The Billy Graham Foundation cashed the check and Graham continued to support Trump so I asked and got my money back. Imagine if they received 100 letters like that. Letters with checks inclosed with different amounts and a letter urging him or others to rebuke or withdrawal support from Trump using scripture. In my wildest dreams it would be like the court scene in Miracle on 34th Street. Bags of letters coming to The Billy Graham Evangelistic Association at 1 Billy Graham Parkway in Charlotte, NC 28201 urging him to do so to do so.

I am a true evangelical Christian. I believe that God works in the world and He works through the Holy Spirit and we as followers of Him must do what we must to help His kingdom.

These are just a few possible amounts

1. You could write a check for $60 and one for $15.19 and write using Proverbs 6 about what God hates and how Trump’s behavior and actions go against everything that God Loves

There are many scriptures that speak against wickedness and for justice so we can be creative here.

Again send your letters and checks to

Join my Facebook group Spiritual Warriors in Trump’s America and let me know what you donated and how.