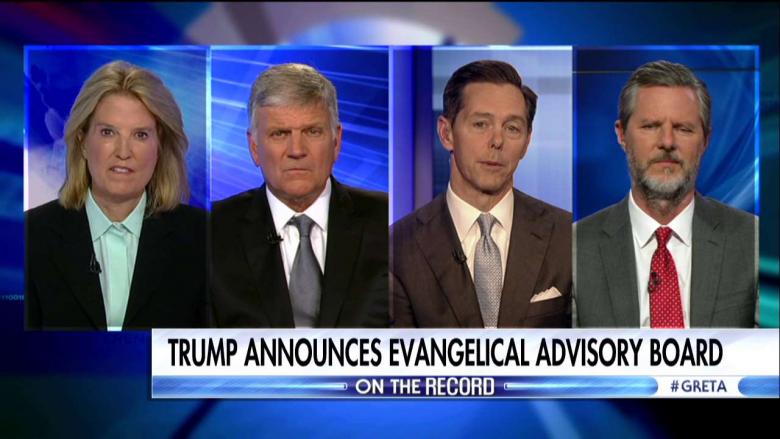 I do not hate Reverend Franklin Graham. I do not hold him in disdain. I love him. I don’t doubt that he considers himself a Christian. I pray that he is. But he is lost. He has fallen into apostasy, a loveless Christianity that is hollow and that had no basis in our Lord’s teachings. He has succumbed to fear, hated anger, self righteuousness and has accepted the wickedness of the Trump administration.

Nor do I hate Trump. I consider our president my political and spiritual enemy. I believe that he represents everything that our savior spoke out against. Read Matthew 5-7 and that he is symbolic of the apostasy of American Christianity, read 2 Timothy 3. But I am commanded to love my enemies, no matter how hard. And with Donald Trump it has been very hard. God willing if Franklin Graham can be brought back to Jesus, maybe Trump can as well.

I have called the Billy Graham Evangelical association many times, I have made blogs, I have made YouTube videos based on his father’s book Peace With God. I wrote letters to about thirty newspapers. This past month I donated $69.26 to the Billy Graham Evangelical Foundation on condition that Graham speaks out against the behavior and policies of our president. He didn’t. He doubled down in a tweet about how he supports Jared Kushner and Trump. Knowing very well that if it was the Clintons accused, he would attack. So I called and asked for a full refund. I haven’t received it yet.

But I am only one man. I can be considered a crank. I know some of my heroes of the Bible Jeremiah and Isaiah were only one man but Christianity works best in community and in mass. One person is a crank, hundreds is a movement.

So I am asking fellow evangelical, mainline, and progressive Christians to join me in this crusade of rescuing Franklin Graham and his followers from the jaws of fear and hate. This may be where Satan wants them. But this is not where God wants them.

Do what I did, write checks to the Billy Graham Evangelical association along with letters using scripture showing him and his workers why supporting Trump is the unbiblical thing to do. These are just three examples.

16 There are six things the Lord hates,
seven that are detestable to him:
17 haughty eyes,
a lying tongue,
hands that shed innocent blood,
18 a heart that devises wicked schemes,
feet that are quick to rush into evil,
19 a false witness who pours out lies
and a person who stirs up conflict in the community.

21 See how the faithful city
has become a prostitute!
She once was full of justice;
righteousness used to dwell in her—
but now murderers!
22 Your silver has become dross,
your choice wine is diluted with water.
23 Your rulers are rebels,
partners with thieves;
they all love bribes
and chase after gifts.
They do not defend the cause of the fatherless;
the widow’s case does not come before them.

3 But mark this: There will be terrible times in the last days. 2 People will be lovers of themselves, lovers of money, boastful, proud, abusive, disobedient to their parents, ungrateful, unholy, 3 without love, unforgiving, slanderous, without self-control, brutal, not lovers of the good, 4 treacherous, rash, conceited, lovers of pleasure rather than lovers of God— 5 having a form of godliness but denying its power. Have nothing to do with such people.

There are so many scriptures that condemn Trump that hundreds of  people could do this and you wouldn’t have the same amount.

But in your letter write that if Franklin Graham does not speak out against this administration than he should rip up the checks. And if his association does cash them and he continues to give religious aid and comfort to Trump demand a full refund.

We can do this. Let’s save Graham from himself.

View all posts by 2timothytrump

This is a text widget, which allows you to add text or HTML to your sidebar. You can use them to display text, links, images, HTML, or a combination of these. Edit them in the Widget section of the Customizer.
Loading Comments...
Comment
×
<span>%d</span> bloggers like this: